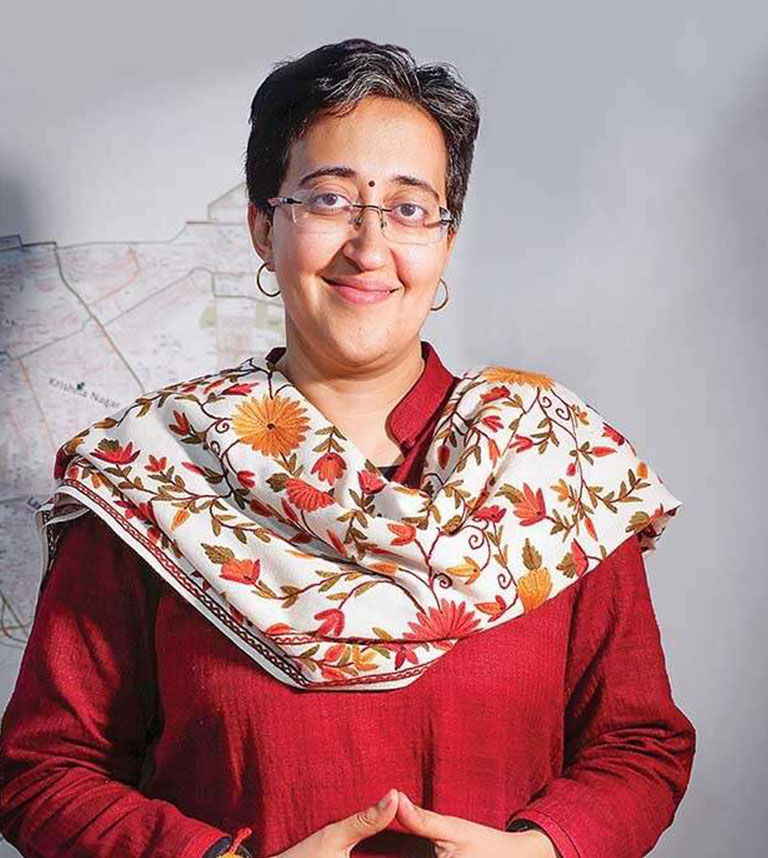 Educator and Member of Legislative Assembly

Atishi is an Indian politician, educator, political activist and MLA from Delhi. She is a member of the Political Affairs Committee of Aam Aadmi Party. She served as Advisor to the Deputy Chief Minister of Delhi, Manish Sisodia, primarily on education, from July 2015 to 17 April 2018.

In January 2013, she became involved in policy formulation for the AAP, which has its roots in that movement.

She was closely involved with the Jal Satyagraha in Khandwa district of Madhya Pradesh 2015 and provided support to the AAP leader and activist spearheading the campaign Alok Agarwal during the historic protests, as well as during the legal battle that ensued. After the 2020 elections, she was made the AAP’s in-charge for its Goa unit. She is currently an elected MLA from Kalkaji constituency of South Delhi. She defeated Dharambir Singh, a BJP candidate, by 11,422 votes in the 2020 Delhi Legislative Assembly election. Atishi was also spearheading the flagship Mohalla Sabha Project for the Government of NCT of Delhi. The effort to decentralise governance to empower every citizen was a major promise of the AAP before coming to power. The project was rejected by the Lieutenant Governor of Delhi in 2016.